Donations for SCORR, a non-profit 501(c)(3) are accepted through Paypal:

Your donation pays for maintenance on trail building equipment, USFS patrol motorcycles, and support for our volunteer trail crews. Donate $50 or more and get a SCORR T-shirt! Please add your address to your donation. 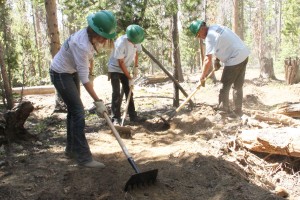 Join SCORR for free by e-mailing your name and address to: JOIN@SCORR.ORG

What do Trail Volunteers do?

Season passes on sale for our members only MX track. 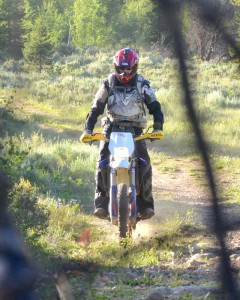 “He has been our greatest advocate,” Nixon says of Waugh, noting that the two have often worked together on trail projects in the past few years. “We’ve become part of the community. We originally felt like the bad guys, but we want to be good stewards. We want to be good neighbors — it’s how it works.”

And it begins with getting down and dirty for the cause. Over the past two summers, volunteers with FDRD and SCORR have met up several times to complete trail work on multi-use trails in two areas: the Golden Horseshoe area between Breckenridge and Keystone as well as Tenderfoot Mountain between Dillon and Keystone. Both projects are funded in part with grant money secured by SCORR, and the group regularly brings a small crew to the trail-work days — not to mention free Red Bull and a visit from the Wings Girls.

“It’s quite a rush to build trail that you’re going to ride later,” Nixon said. “It’s a day on the mountain, in the shade, working with friends, and Red Bull really is an amazing product. They say it gives you wings, but it also builds trail.”

The next volunteer day in Golden Horseshoe is this Saturday and open to anyone who wants to know exactly how singletrack is built. The area was littered with unmarked social trails in the past, and so the U.S. Forest Service’s goal is to close assess and then standardize a confusing trail system. Nixon and SCORR agree.

“It was a cluster of trails back there, and, boy, was it a blast,” Nixon said, although he hasn’t been on the unmarked trails in years. “It’s like a history lesson — there is so much mining history. You’ll be going past structures that are totally different than everything else you’ve seen.”

These mining relics are common sights for hikers and mountain bikers in the French Gulch and Sallie Barber areas — two areas closed almost completely to motorized travel. At the moment, Nixon and SCORR aren’t fighting for access on trails where they’ve never been allowed, but rather fighting to build new trails and keep the ones they love.

“This needs to be local riders and their friends,” he said of the trail work in Golden Horseshoe and elsewhere. “It doesn’t need to be in a national magazine or publicized for everyone. These are for us, and the thing is we have some incredible riding that we want to keep.” –Phil Lindeman/ Summit Daily News